How it began – personal experiences by Harald

It began in 2003. I was brushing my teeth and, this being boring, listened to the radio. They played what I had never heard before – “16 Horsepower”, dark rock music about hell and redemption. I collected all their CDs. The band mutated into “Woven Hand”, who were featured on “Radio Jerusalem”. And, again, there was something I had never heard before, in spite of having all the CDs. The song was called “Consecration”.

Years later I listened to it again on YouTube, and there was this thumbnail next to the video: “‘Awake, My Soul: The Story of the Sacred Harp’ Movie Trailer”.

“Click”… and my life changed forever within a minute. Within a second even, in 142 “Stratfield”; the moment the alto solo “High was thy throne” is accompanied by the trebles. I had never heard anything remotely like this before. I had never sung all my life, aged 50. And I thought “I have to do this.”

I dragged Ulrike in front of the screen, played it again. She said “We should do this.”

Months of “research” followed. What is this? Who sings it? Is it still alive? Do we have a chance, in Europe? We had no books; we listened to Youtube. The WestMass recordings have those blurry printed scores as video stills, we used those. Five people in my living room, singing 29t, our first song. Tenor part, unison. I was scared to death, for the first time someone would hear me sing. Well, it worked, kind of.

Then Ulrike said “I think I can handle the alto part” and another girl offered to sing treble.

And there they were, those harmonies. “Come with your guilt and fear oppressed…” I had goosebumps all over.

And so it began. I can’t tell whether this was the first Sacred Harp singing in Germany – but it was the first that led to a sustained group. 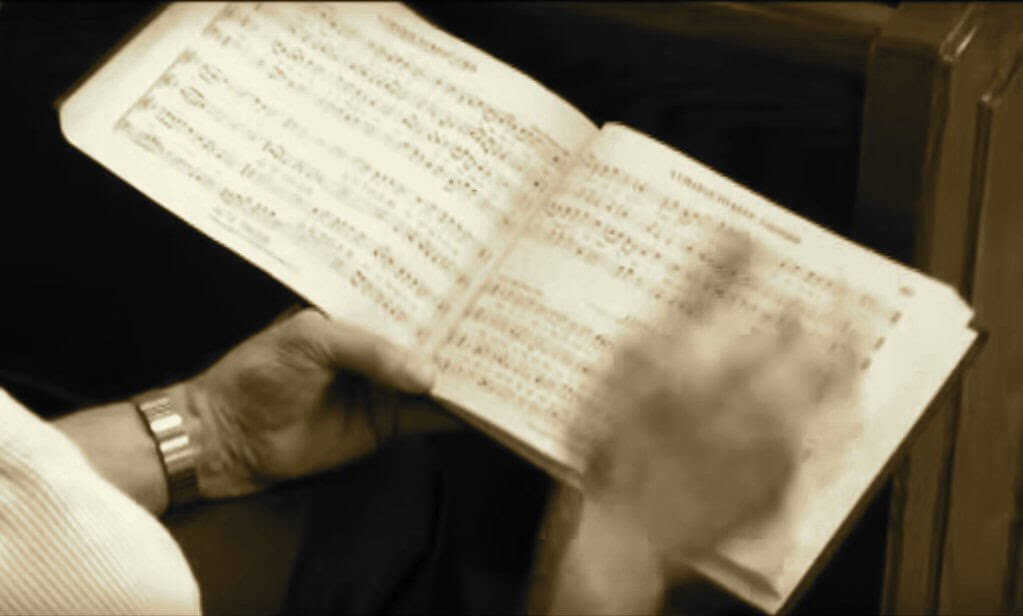