Don’t worry; Sacred Harp may have its roots in the American South, but we’re not asking you to reproduce a “Southern Drawl” while singing… unless, of course, you happen to be a real Southerner.

“Accent” here refers to accentuation, emphasis, or stress. Like pretty much any music, Sacred Harp has an underlying rhythmic pulse. That pulse, however, is heavily emphasised while singing, like a huge thumping, almost chair-rocking heartbeat.

These pulsing heartbeats in music are called, not surprisingly, “beats”. As we know, each measure contains one or more notes. Here are the seven modes of time that are used in the Sacred Harp:


Not every note gets a beat, and, most importantly, not all beats are equally emphasized; there is a primary and a secondary emphasis, with unstressed beats in between. The primary emphasis is a bit stronger and is always on the first beat of a measure. The secondary one is weaker and is in the middle of the measure.

Incidentally, this principle of note hierarchy (the beats and their subdivisions in the measure having different weights, or levels of importance) is an idea that can be traced back to at least the seventeenth century – Baroque music theory talks of the ‘good’ and ‘bad’ parts of the measure.

1. The stronger, primary emphasis is always on the first note of the measure.
2. The weaker secondary stress is on the note where the arm goes up.

This is another reason why beating time is very helpful – as a physical way of feeling the strong beats, the primary accent.

Let’s look at a few examples. The primary stress is marked in bold text. 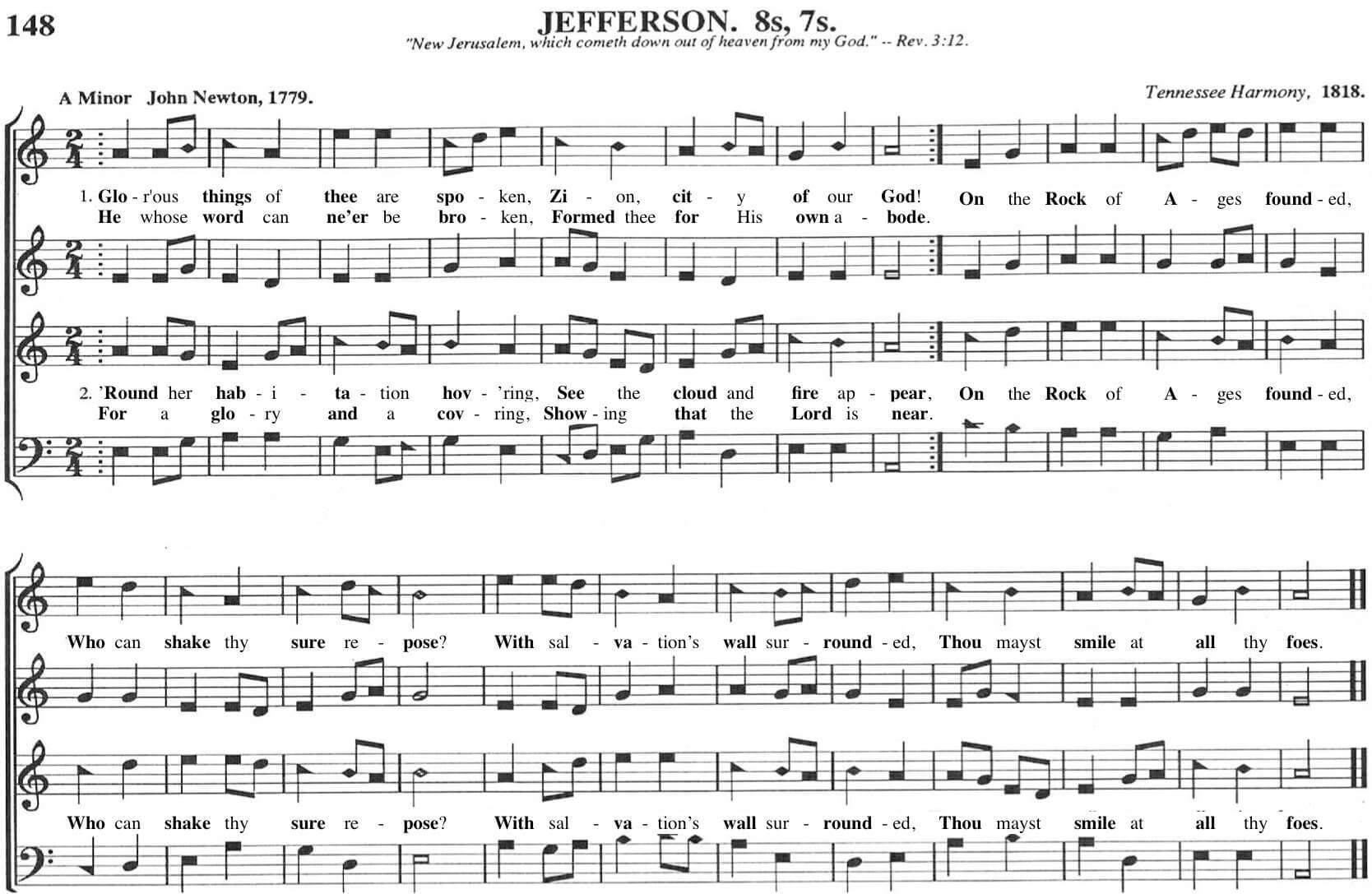 Again, the primary stress is marked in bold here, the secondary in italic, “one-two-three-four”. 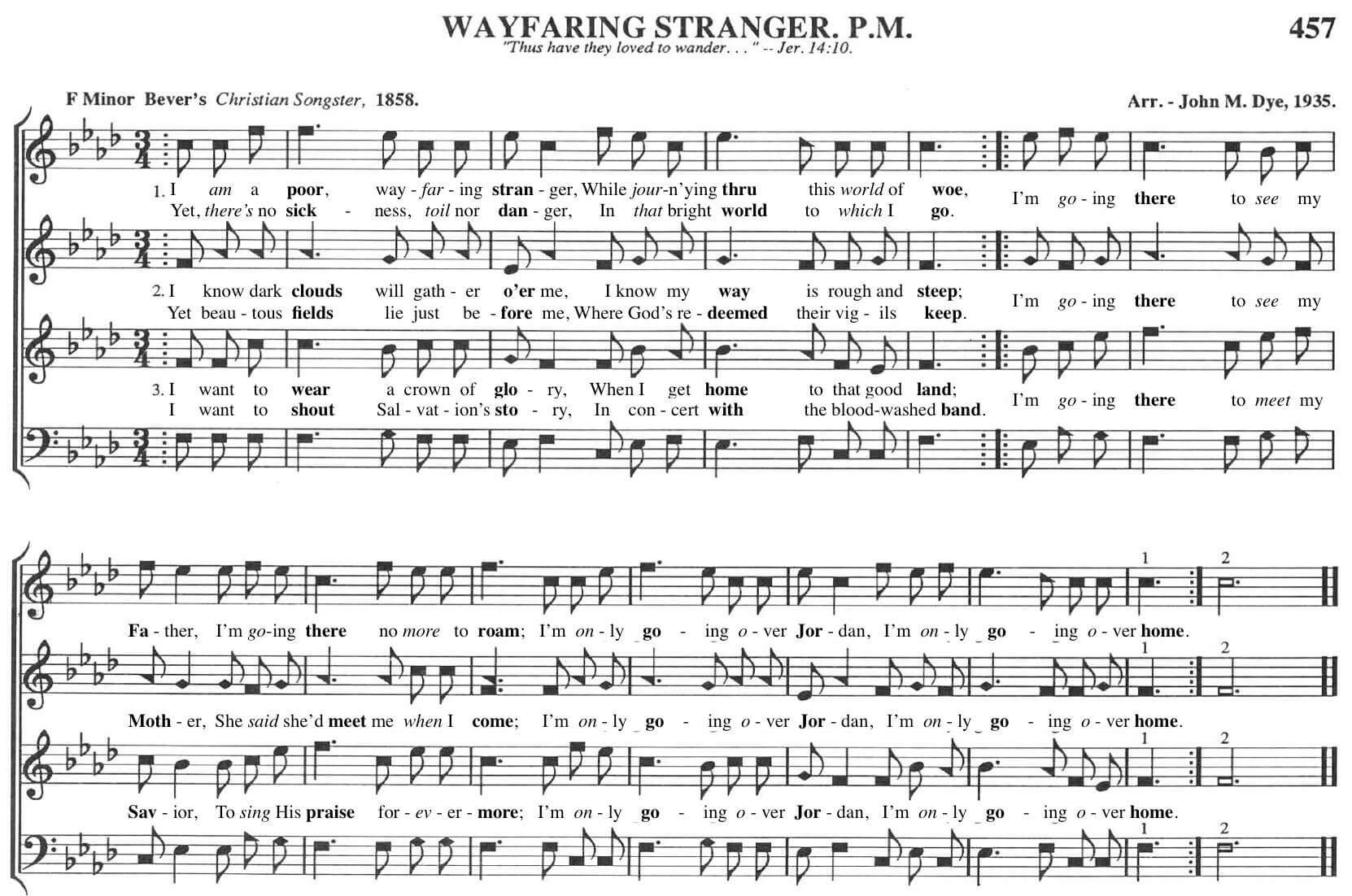 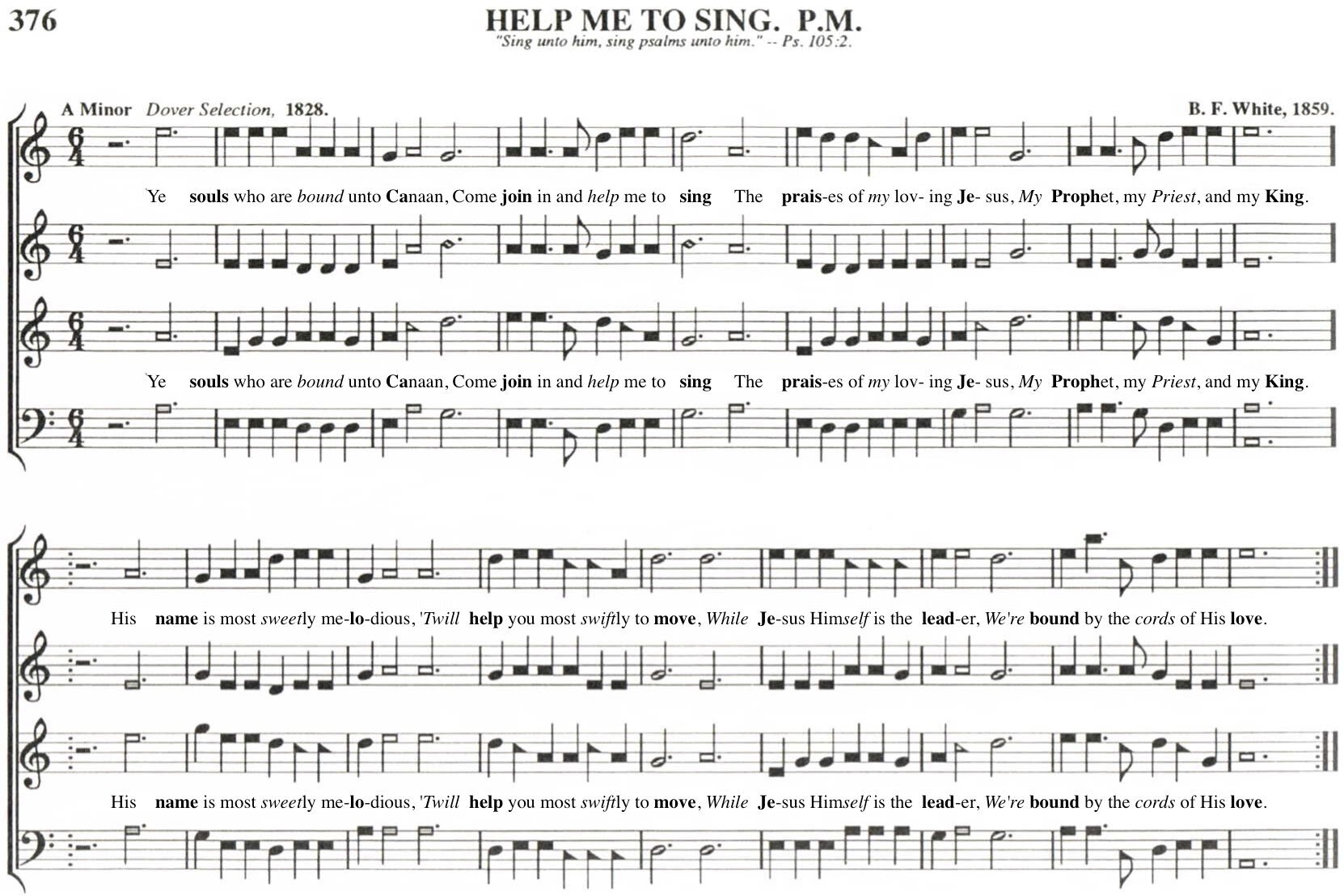 I see, so I just shout louder on the strong beats, right?
Erm, no. If you do this you will strain your voice and sing yourself hoarse very quickly. By contributing more noise than musical sound you may even end up bothering other singers around you. No; rather than concentrating on singing the strong beats louder, try and feel it the other way around – use less power on the weak beats. Sacred Harp singing is loud anyway – there’s no need to force the strong beats even louder.

Here’s one way I like to imagine this process. You’re looking up at the night sky, and you want to look at a particular star or constellation, only the more you try and focus your eyes on that one spot, the harder that spot becomes to see. It’s only when you fix your gaze slightly away to the side, that it suddenly stands out clearer. By directing your attention and energy away from making the strong beats stronger, you actually end up emphasising the primary accent much more effectively by cutting back and weakening the unaccented beats – indeed, sometimes to the point of barely singing them at all.

Singing with accent is also a little “magic trick” for being able to sing Sacred Harp for hours on end without losing your voice; if you only sing the strong beats with “full power”, then you’re giving your voice (and your lungs) a break on all those unaccented notes – so that you’re only singing with full power about 60-75% of the time, give or take.