In such a person as a Sacred Harp pitcher equal parts of humility and confidence must be blended. (Raymond C. Hamrick)

1. Tonic and key signature are written on the left above the notes of each song.

Neglect accidentals – “A-flat” is the same as “A”.

2. Rule of thumb: Key one tone lower than written.

The “robots” on this website sing “as written”, i.e., with few exceptions (some of which are listed below) too high. The rule of thumb is often correct, but not always. It is recommended to use recordings of singings (YouTube) as a reference.

3. Sound the opening notes confidently and in a full voice.

Singing in a full voice helps you judge the key more accurately. A note you sound tentatively or softly might feel higher in your voice than it really is, causing you to give a key that is too low. Besides that, it is an example for the group to chime in with gusto.

If people are keying under their breath, ask them to stop. It’s hard enough to pull the right key out of the air without being distracted by what you hear around the square. Keying is a fragile art; very few keyers have perfect pitch.

4. Listen to the song on the notes, and don’t be afraid to adjust.

Pay particular attention to the high notes in the tenor and treble parts. They should be high enough to pop out, but not so high that they burn out the singers’ voices.

Don’t worry too much about basses and altos, even if they complain; their parts are often awkwardly written.

At your regular local singing it’s better to adjust the key if you think you’ve made a mistake than closing your eyes and hoping for the best. While singing the notes, was there grumbling or squeaking? Stop after the notes, re-key. And ask the group what they want.

Also, it’s worth taking a look around; singers make faces or gestures. If they appear relaxed, all is well, they didn’t notice anything unusual. A good keyer is “invisible”.

5. Don’t sound notes that aren’t in the first chord.

The exception to this rule is when the tonic is not present in the first chord. Always sound the tonic.

6. Do sound every note in the first chord.

Most keyers start with the tonic note and end with the first note of the tenor part. Sometimes the altos are ignored. They are often of a reserved autonomy and find their note on their own, but not always. They should be served.

Apparently, no one can explain how to acquire the skill of guessing the right key without a tuning fork or absolute pitch hearing. Some people use memorized reference songs for the different keys and transfer their respective tonic to the song that is to be sung. Here are a few examples:


Others use the highest or lowest note they can sing as a reference and derive from it the tonic of the called song. Some trebles and tenors, on the other hand, look for the highest note in the song and go down from there. Both ways seem to work (with female keyers squeaking for everyone’s amusement), but it exposes the group to a whole range of tones and the keyer has to make the actual opening notes clear, possibly by higher volume, as demonstrated here.

Still others remember a single note. If you are wired in this way, E (minor) and F (major) are well suited; as mentioned above, they are the same for Sacred Harp use and thus already cover most of the songs in the book directly. Other tonics are then reached by counting up or down from this one note:


Muscle memory seems to play a role with this method. The more often you have to key, the better the reference tone is anchored. At first you may have to hear it from your own mouth and possibly correct it; later, the vocal cord muscles “know” what they have to do.

But as long as all the advice above sounds Greek to you, there is no reason not to use a pitch pipe or a tuning fork; whatever works is legit. Just remember that Sacred Harp is generally sung lower than written. And with time the keyer should try to liberate himself from the training wheels. Be brave!

Some singers are afraid of keying because they are not familiar with the bass clef. Here is a little mnemonic. 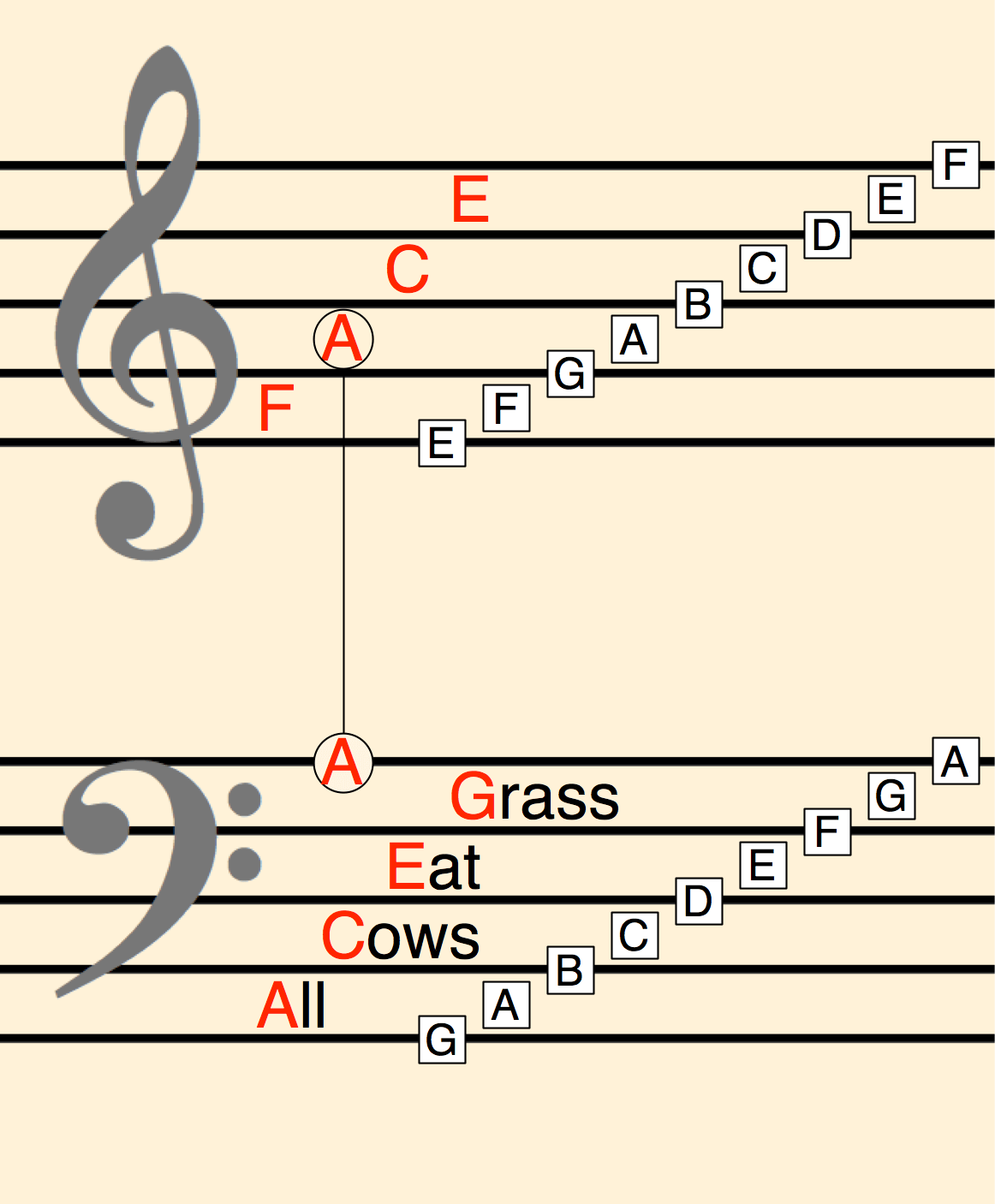 10. Exceptional keys, by no means exhaustive

The reference for “higher”, “lower” and explicit keys is always the Sacred Harp pitch, not the written one. Keyers can print out the list, cut it into strips and paste them into the book with the songs. Corrections and additions are welcome.

11. A keyer’s brain from the inside

Someone calls 96 Few Happy Matches. *internal monologue* “ooh, we don’t sing this one much, what’s the key? A major. Aha! Reference song number 47t Primrose! In my mind’s ear (as it were) a fine class singing it, let’s bring it down a little for now, because we’ve only sung about eight songs so far; quick scan the tenor & treble parts – do they go high off the staff? Nope, good, there’s a bit of room at the top, oh but not too much – whoah, that alto part looks a little high (it goes above the middle line), I’ll try and bear it in mind.
Fa, sol, la, fa! and we’re off!

Next song is called: 407 Charlton *internal monologue* “oh jeez! what is with these people? Right, Key Eb major. Erm, nope forgotten the reference song, quick, quick… OK, the Fa is on the bottom line, in the previous song the note on the bottom line was Sol, hear that note, mind’s ear, now call it a Fa, got the new key! Keep it low, tenor and treble go quite high, and the bass has some room at the bottom. those poor altos…
Fa, sol! (check during shapes that other singers aren’t making pained faces and glare at you on the top notes… all is well!)